In a recent survey conducted by the author, the majority of the interviewers said that the hiring process was wasting a lot of their time. More than 20% felt the need to complain as they could use that time for more important project-related work. About 50% didn’t complain, although they felt that their time was being wasted. 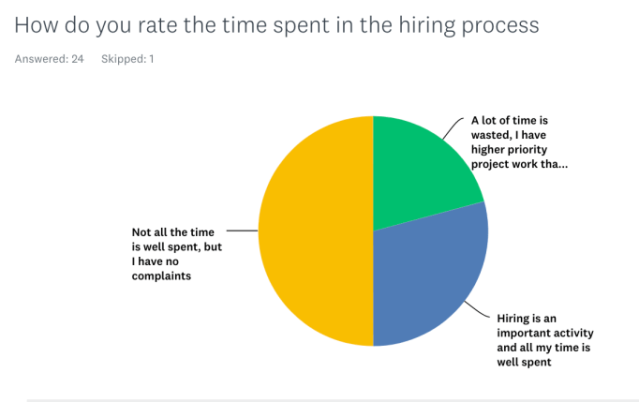 Why do they get involved?

Does everyone know when the Job Description changes?

Surprisingly 36% of the respondents didn’t see any need to communicate this to the recruiters and “Almost Always” kept the selection criteria secret! It must be quite frustrating for the recruiters as they are left guessing the real job requirements.

How do you communicate changes to the selection criteria?

Impact of broken communication on the hiring process

What are some of the obvious weaknesses in the resumes that are overlooked in the pre-screening stage?

When we talked to some recruiters, we discovered that they were maximizing the number of candidates interviewed. As a result, there is an overall resistance by the recruiters to reject a candidate. They would like to maximize the chances of selection by recommending as many candidates as possible. As a result, the interviewer’s available time is quickly consumed. This has two downsides

Are we using the interviewers’ feedback to improve the success rate?

We asked this question and please see the responses we received in the table below.

What is the mechanism for providing interview feedback?

It is evident from the table that there’s no commonly followed standard process. Each company follows its own process. The majority (17 out of 25) seem to be using some kind of form. It appears that the primary objective of the form is to put on record the impressions of the interviewer.

Reasons for rejection would reveal what changes we need to make to the selection criteria. Informal conversations with the hiring managers led us to believe that the feedback forms are mainly meant for justifying the selection and not enough importance is given to the reasons for rejection. Also as seen in the table, about 40% of the respondents “frequently” send emails justifying selection, but find no need to justify rejections. Without this information, one wonders if the interviewers’ feedback is used for reducing the number of rejections.

We will take a look at the impact of these shortcomings on the organizations and suggest some probable solutions in part 2 of this article.

I hope you enjoyed this article. Don’t forget to share your views. You can also tweet your comments to @Rezoomex and @vinayakj with #TechHiringBlog 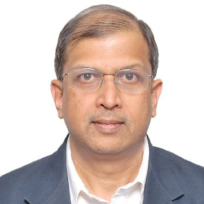 Vinayak Joglekar is a technology & recruitment expert with around 40 yrs. of experience. He is a distinguished thought leader who has changed trends in recruitment and futuristic software development. He is acclaimed for recruiting and developing great talents in IT.

Vinayak believes in empowering IT recruiters with technical knowledge so that they can earn their due respect. Currently, he is the CTO of Synerzip and Director of Rezoomex.